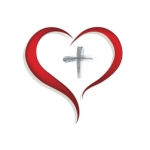 I’ve fallen behind! I meant to do more writing and posting this Lent but  just haven’t made the time to do it. My last two sermons for Lent 2 & 3 were okay – passable even. I am still working on the condition of my heart – listening to it, having it tested through a number of events and it beats on. It is Mothering Sunday in the UK today. A day when hearts both rejoice and mourn. Here is my offering from this morning.

Well here we are again! Mothering Sunday. Looking around this morning I am aware that for many of you – this is not your first Mothering Sunday. Yet you made it to church – well done. Maybe you have had a thought or two about what you might hear this morning in the sermon and wondered if you would hear anything new. I have wondered that myself too!

While I fully appreciate and celebrate Mothering Sunday for the joy that it does bring, I know that this day is difficult for many people; motherhood can bring great heartache for many different reasons. It can be difficult for those who wanted to be mothers but were not able to for various reasons.

There are the mothers who found it difficult to be a mother who carry some guilt or resentment. Some people’s mothers weren’t exactly the loving and caring mothers they were supposed to be and the hurt of that lingers on. I think of the mother’s whose children died before they did and the enormity of that grief. Others here may be missing their Mothers who are far away or no longer living.

It is important to hold these tensions together this morning as this is what church family does. We rejoice with those who rejoice and mourn with those who mourn.

Yet we try to find a way to celebrate mothers and motherhood for the joy and delight that it brings too. I know that motherhood has brought joy to many here as I have listened to your stories over the time I have been here. We have prayed for many of your children too.

One aspect of motherhood that I think most people overlook or portray in a negative light is the ‘giving up’ that is required of mothers. The giving up of motherhood begins in pregnancy with the giving up of one’s body as it is inhabited by another. Not having ever experienced this I can only imagine what this would be like. Everything is shared as a mother must care for her own body so that it can provide the right environment for the baby as it grows and changes.

Mothers may also have to give up or at least put aside their own dreams and goals for the sake of their child/children. This can be harder for some than for others. This is a considerable issue for many young women in the current workplace; women who put off having a family for their careers face consequences of fertility issues as they age. Some women also need to consider the effects that having a family can present to career advancement later. Many women must go to work out of financial necessity so staying home is not an option for many.

We can also fall into the trap that ‘giving up’ something must always be framed in a negative light; that giving up is the same as giving in. It is not!

In this season of Lent, we are asked to give up those things (albeit temporarily) which distract us from our relationships with God. Part of our growth and maturity as Christians is to give up those things that ultimately bring harm to ourselves and others. Giving up is not always a bad thing! Giving up can be difficult – especially if it is something that we are not prepared to give up. But that doesn’t mean it is a bad thing.

But to give up a child? Or give up on the prospect of having children for the sake of a career or vocation? It’s one thing to lay off the booze and biscuits – but a baby?!  In our readings this morning we see two mothers, Hannah and Mary, who both must give up their children.

Hannah seems to give up her Samuel voluntarily as she makes a vow to God. Mary is told that she will give birth to the Son of the Most High – this not a normal baby! Mary says yes to God – let it be according to your word.

Hannah’s story is one of pain that is both public and private. Her pain centres on wanting something that she does not and at the beginning of the story cannot have. A baby. Hannah is desperate to have a baby – she is one of two wives and the other one was producing children. Hannah was tormented by Peninnah for not being able to have children.

We know from the beginning of 1 Samuel that the Lord has withheld children from Hannah and we are not sure why. Hannah has a husband who loves her regardless of whether she can have children or not. But his other, fertile wife is making sure that Hannah knows that she is deficient, worthless. This happens privately at home.

Hannah prays that God will remember her and not forget her and her misery. In due time – that is a way of saying that it happened when the Lord planned it – Hannah conceives a child. Like Moses mother, Hannah had to give up her son. Hannah wanted nothing more than to have a baby. She fought for one, pleaded for one, took all sorts of abuse about not having one. True to her word – once Samuel is weaned Hannah takes him to the temple and leaves him with Eli the priest.

Hannah’s sacrifice is rewarded with more children – 3 sons and 2 daughters. These children do not of course replace Samuel! He was the first one! But the others were a sign of God’s faithfulness.

Back to – sometimes we have to give things up – things we might feel we deserve or entitled to. Do we trust God enough that He will come through for us? Do we believe that He will remember us as He remembered Hannah?If we give up the things that God’s asks from us, we will be rewarded. We might not see the reward on this side of heaven – have to live with that.

We must remember that our view of the world is not God’s view of the world. He sees the past, the present and the future all at once. We are so much more limited and sometimes we apply our dim vision to God. But God is faithful and knows what we sacrifice and will care for us and love us through it.

These few verses are part of a bigger story – one that we heard as part of Candlemas a few weeks ago as Mary and Joseph took Jesus to the Temple to undergo the purification rituals required of new Jewish parents.

The whole of Christian life is one of blessing and sacrifice – we see that in the stories of Hannah and Joseph and Mary. They were given their babies to care for and then had to give them back to God. Hannah was remembered and rewarded. We too are remembered and will be rewarded.

Mary and Joseph do not know very much about their baby – up to this point, the shepherds knew more than they did. The other interesting part in this story is that Simeon doesn’t bless baby Jesus – instead he blesses Mary. Then he says, ‘this child is destined for the falling and the rising of many in Israel, and to be a sign that will be opposed.’

Mary and Joseph needed to be blessed! Tough times were ahead for them! They may not have fully realized in that moment what they were being told or fully understood the sacrifice that was to come. Jesus would be the baby who grew up to become to new Passover lamb. The one who would be sacrificed for the sins of the whole world.

Likewise, parents need to be blessed! I spent a good portion of my Friday afternoon holding the week-old baby of some very good friends. Baby Lilian is not the next Messiah and probably won’t be destined for the rising and falling of many. But her parents need to be blessed – with sleep, with support, with guidance as they guide Lilian and make sacrifices on her behalf. I would encourage you to bless the mother’s you know – young and ‘more experienced’. Encourage and remind them of the blessing and sacrifice that being a mother brings.

Lent is a season of sacrifice; giving up those things that we are either asked to by God or voluntarily give to him. Hannah gave up her first-born son to God to thank Him for the gift of motherhood. She was blessed with five more children.

Mary and Joseph take Jesus to the Temple where his future was spoken over him, much to their surprise. They received a blessing of mercy. Why? Mary would one day stand at the foot of the cross while her first-born was crucified for the sins of the world.

How much sacrifice of giving up is asked of us? I don’t think we can quite compare with Mary. In the resurrection we see the ultimate act of sacrifice and the greatest act of blessing. We are blessed and restored through the sacrifice and giving up of Jesus and Mary.

Jesus cares for us completely and fully. However much or little we were loved by our mothers – Jesus loves us more, cares more deeply, knows us better and longer than they ever will. This is also true for those of you with children – Jesus loves them more than you do!

Wherever you sit today in the range of feelings on yet another Mothering Sunday – bless you. Let the love of God fall on you today.

Newly appointed Priest-in-Charge of the Hambleden Valley Group of Churches and will start later in January 2021. Time for a new start at the beginning of a new year. I served my curacy in the Parish of Langley Marish and trained at Wycliffe Hall, Oxford. Former Nurse in both Canada and the UK. Specialised in Palliative Care, Gynaecology-Oncology and a bit of Orthopaedics (just to keep me travelling). Worked as a MacMillan Nurse Specialist in a few specialities in London. View all posts by Sue Lepp