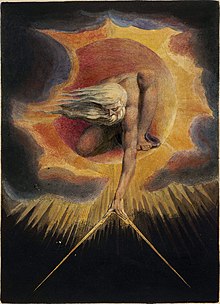 God the Father,
help us to hear the call of Christ the King
and to follow in his service,
whose kingdom has no end;
for he reigns with you and the Holy Spirit,
one God, one glory.
Amen.

Today is the final Sunday of the church year – this is New Year’s Eve! On this last Sunday before Advent – also known as Christ the King Sunday – we take the opportunity to look at Jesus as King.

This Sunday leads us into the season of Advent – that season of expectation and preparation as we look forward to celebrating the birth of Jesus.
Christ the King is a recent addition to the church calendar – and a Roman Catholic one at that!

Pope Pius XI instituted it in 1925 – which is like 5 minutes ago in church time. He did this in response to two issues he was facing. Firstly, the growing secularism after World War 1. The Church was facing a huge crisis of faith and many people left the Church (both Catholic & Protestant) in Europe in the wake of the war. The men had left for war and they didn’t come back; and the women left the church and God.

Secondly, Pope Pius was also dealing with issues in the Catholic church about what authority the Pope had in the civil matters in Rome in the 1920’s. This context led him to establish Christ the King Sunday as a reminder of Jesus’ power and authority above all else. Pope Pius wrote:

This Sunday was instituted as a reminder about who is really in charge. There are two dimensions to Christ the King Sunday – the first is pointing to the end of time when the kingdom of Jesus will be established in all its fullness to the ends of the earth.

The Evangelical-Lutheran Church of Sweden really embraced the final judgement dimension of today as they use to referred to it as the Sunday of Doom. Those cheerful Swedes have since amended their focus to the Return of Christ. Good choice I think – even if only from a PR perspective.

The second dimension of Christ the King Sunday leads us into the season of Advent – the season of expectation and preparation as we look forward to celebrating the birth of Jesus.

I tend to see Christ the King Sunday as New Year’s Eve on the church calendar. New Year starts next week with the first Sunday of Advent. Forget January 1st – December 2nd is where it is at!

Looking back on the year that has just past – I know many people for whom 2018 has been a fair mix of peaks and valleys; much better than 2017. For others it has been personally challenging and difficult to downright horrendous. They are counting the days until it passes. And others for whom it has been full of blessing and delight.

Wherever you find yourself this morning – God bless you! Know that you are loved. It is good to remind ourselves that Jesus is King above all kings; whatever season we are in. We live in the in-between time – the first Advent and the second, the now and the not yet. The new born King has come and yet we wait for His return as the grown-up King.

Christ the King Sunday reminds us that we live in the in-between. Most of us – I would bet – prefer certainty and security to uncertainty and chaos. We like to know where our next meal is coming from, when the next train arrives, that there is money in the bank.

We might even prefer more certainty of Jesus or hold a view of Him that is containable, manageable and fits with our view of the world. If you happened to notice the readings this morning but they come from some of the more difficult bits of the Bible.

The Lectionary for this morning has readings from both Daniel and Revelation which present us with dreams and visions of some very scary things! Luke has Jesus in front of Pilate who is about to condemn him to death and he doesn’t seem to be putting up too much of a defence for himself or acting very king-like.

Revelation is the start of John’s visions while he was an old man exiled on the Greek island of Patmos. John knew Jesus, he was the beloved disciple, he had spent 3 years with him, following him around, listening and learning from him. John was there when Jesus was crucified – a young man probably still a teenager!

Now he is an old man, having lived a life telling people the Good News that he heard and saw when he was with Jesus. In this final event of his life, John is given the most extraordinary visions of what happens when Christ comes again. It is dramatic, it is frightening and quite frankly hard to understand.

John starts with God and Jesus – John knows the grace and peace he extends to others, he knows the faithful witness of Jesus, John knows the love and freedom that comes from the forgiveness of sins. He knows what Jesus did while he was on earth – he was there!

And John sees Jesus coming again – coming with the clouds and every eye will see him. In the first coming, as a baby in the manger, it might seem easy to overlook – but there will be no mistaking this King’s return.

The painting by William Blake ‘The Ancient of Days’ is his interpretation Daniel and Revelations ‘Ancient One’ – this Jesus who will come on clouds descending.

My Advent book for this year is Jane William’s ‘The Art of Advent’ – it is beautiful! She describes Blake as helping us to see what is meant by this phrase ‘Ancient of Days’. This is no old man, but a timeless one, both aged and yet full of vitality.

God is older than time, more ancient that any human thought or life. God is measuring the out the shape of the world in this picture but also measuring to see if the world is measuring up in other ways – to its full potential. This powerful figure is pouring out life into the chaotic darkness around.

John’s Gospel presents us with another vision of Christ the King – maybe one that we are no more comfortable with but maybe more familiar. John gives us a picture of the human Jesus stood before Pilate – tired, beaten, exhausted. Again, not a great picture of a King!

Pilate has been put into a difficult position – he is puzzled over the charges brought against Jesus but has to decide whether Jesus should be sentenced to death or not. As Pilate is trying to work this out he asks Jesus point-blank ‘Are you the King of the Jews?’ Jesus gives – what was probably a woolly answer ‘My kingdom is not from this world’. It is a bit of a crazy answer!

Pilate takes this as meaning that Jesus admits to being a king. Pilate is probably not sure about what kind of king Jesus is meant to be. He likely doesn’t care – his question is rather more about whether Jesus is challenging his power or not. Is this Jesus supposed to be a king in a military-style to come in and wipe out the enemies (those being the Romans) of the Jewish people? We know the rest of the story – this King that goes on to be crucified. Again, this is not a great or comfortable view of a King!

Both the readings this morning give us two different perspectives on Jesus and his kingship. I wonder if there is one you relate to more deeply than the other? We have the huge vision of John and maybe have a representation in William Blake’s ‘Ancient of Days’. We also have John’s telling of Jesus’ presentation to Pilate. A very human Jesus, on his way to his death. And today we are asked to look ahead to the remembrance of Jesus coming as the baby in the manger.

I think it is really important to our faith to understand how we see Jesus – where do we place him. Is he the tiny baby that comes out only at Christmas for some warm and fuzzy memories? Is the cosmic Jesus a little too different, too distant? What about Jesus the man, the human ‘king’ standing before Pilate.

Christ the King Sunday gives us the opportunity to adjust our eyesight so that we can see Jesus in all his fullness. If we have diminished Him in any way – we can ask for Him to expand into our lives, our relationships and our understanding of who is He. We need Him! We need Him in this church badly!

We share in his Kingship in the practical matters of feeding the hungry and clothing the poor, being present with those in need. We also share in the hope of the King that is to come in all his fullness and glory – both the baby at in the manger and the Son of Man who will return. The Son of Man who will descend of the clouds; who loves us and freed us from our sins and made us to a be a kingdom.

Until then we have to wait and watch. Take the time to be prepared. As we stand on the cusp on another church year – which promises to be eventful – let’s look again at Christ our King.

Newly appointed Priest-in-Charge of the Hambleden Valley Group of Churches and will start later in January 2021. Time for a new start at the beginning of a new year. I served my curacy in the Parish of Langley Marish and trained at Wycliffe Hall, Oxford. Former Nurse in both Canada and the UK. Specialised in Palliative Care, Gynaecology-Oncology and a bit of Orthopaedics (just to keep me travelling). Worked as a MacMillan Nurse Specialist in a few specialities in London. View all posts by Sue Lepp